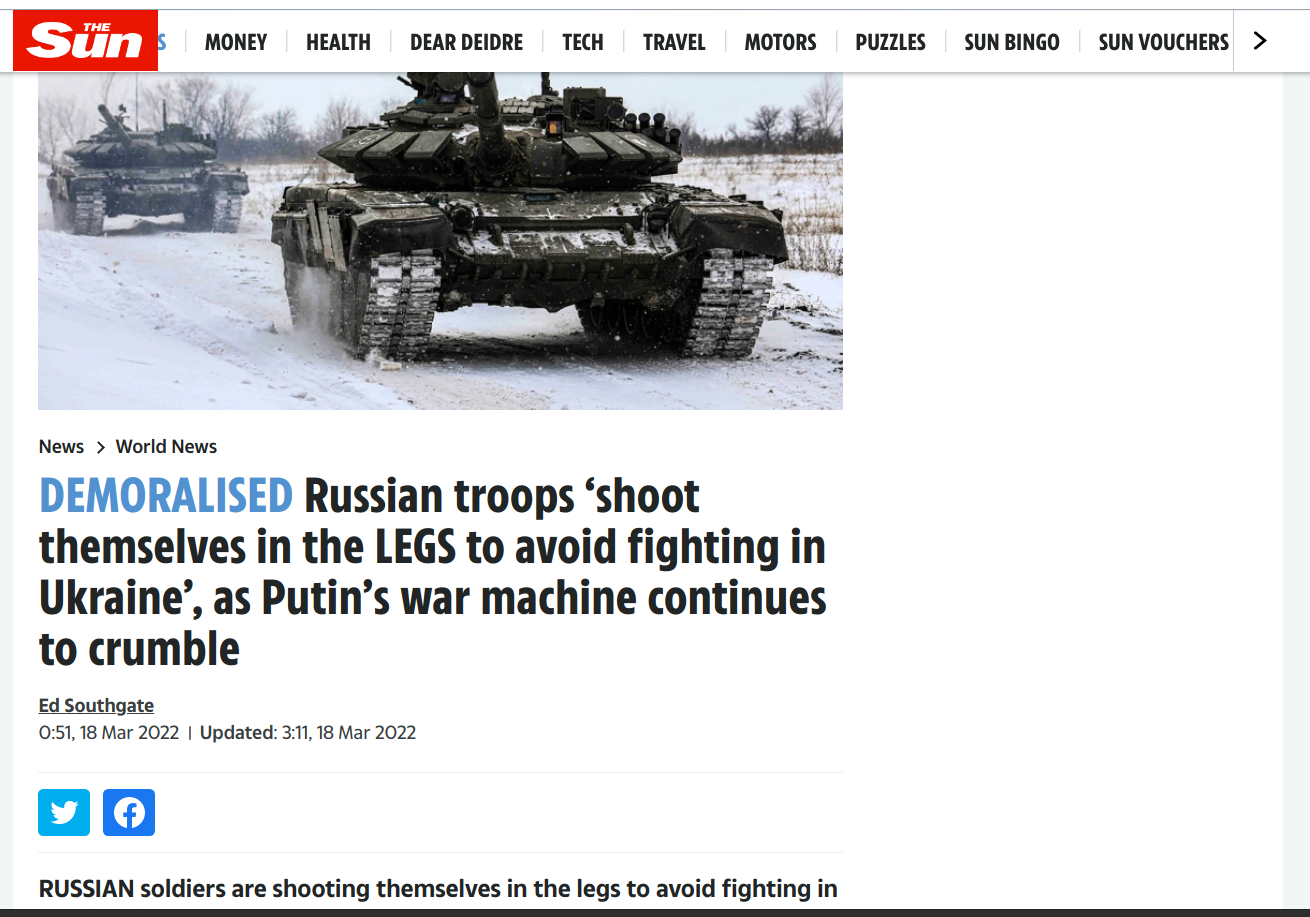 Yesterday I reported on the shooting of captured Russian troops. Disturbed that there was nothing evident about this on the radio, in parliament, anywhere mainstream I did a more thorough search and came across this from the Murdoch-owned bum-paper chain.

That the whole idea of crippling yourself probably for life is a better option than giving yourself a chance defies logic.

This spin shows how deeply entrenched mainstream media is in serving the goals of the world fascist agenda. Ed Southgate, who might only be acting on orders, should ask his conscience some very serious questions.

The latest abomination from the Ukraine Nazis, supported by the west, comes a week after Gennady Druzenko, head of a medical unit, called for the castration of all captured Russian soldiers – then later apologised.

Most decent people will be like me, heartily disappointed that western countries en bloc are supporting war-crimes – but not surprised that our media is spinning fables to cover up the crimes.

The Sun newspaper started off as an offspring of the Daily Herald, an honest working-class paper. Since Rupert Murdoch acquired it the publication has sunk so low into the gutter a fleet of road-sweepers could never lift the ingrained grime.

One thought on “The Nazi Sun is rising”