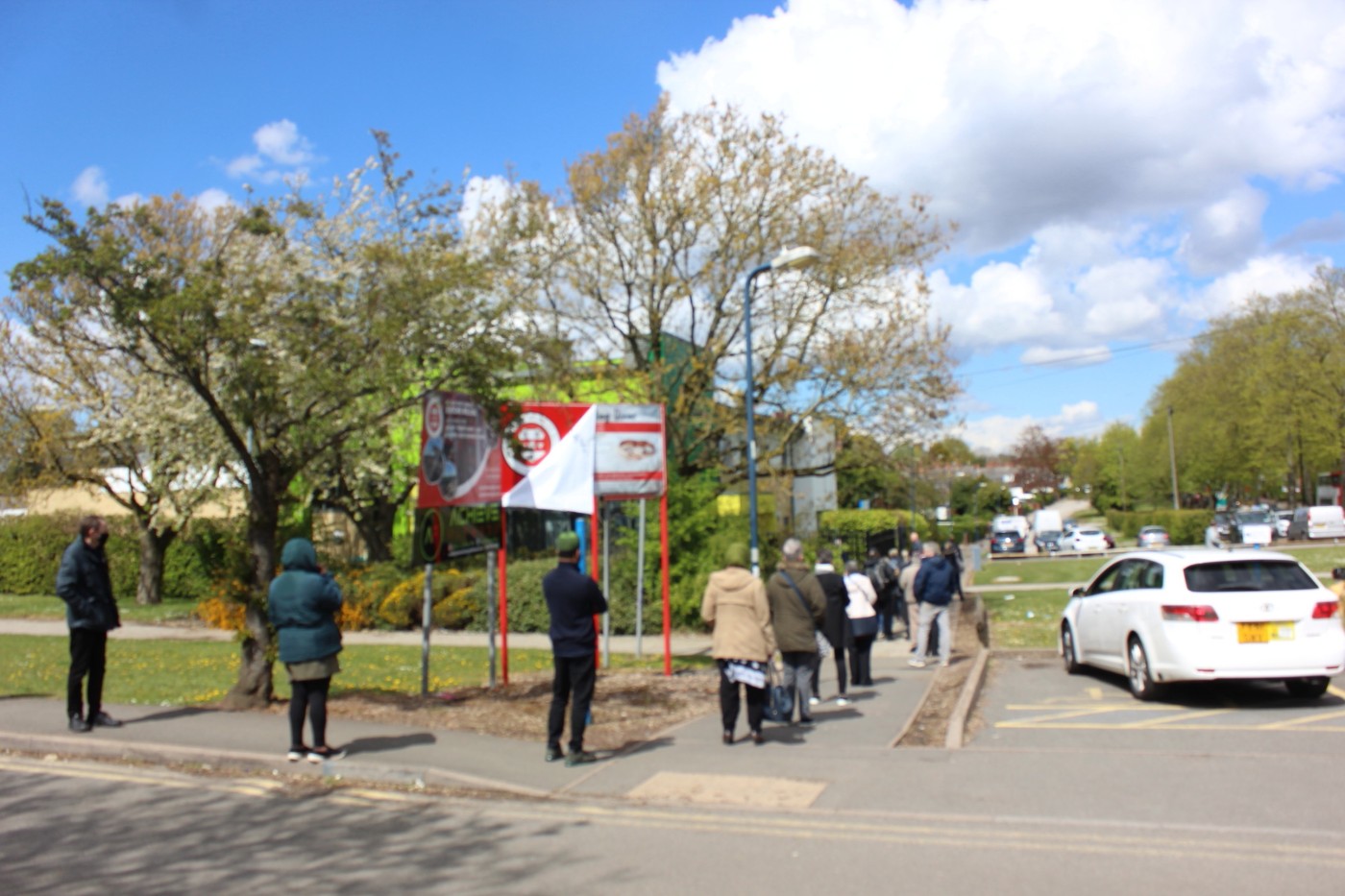 Until Tiffany Dover’s death is admitted I refuse to stop writing about it.

Tragically, Health Impact News, has just reported on the death of Kamrynn Soleil Thomas, aged 16, God rest her soul. Again it was the Pfizer-BioNTech vaccine which killed the child.

As with Tiffany her death was recorded on certain websites and as with Tiffany there have been attempts to remove these records. Here is an obituary which can still be accessed outside the US.

This photograph of Kamrynn with her father shows what a happy child she was.

For Kamrynn the truth is out and nothing can be done for her, while her parents, siblings, other family and friends are left grieving.

For Tiffany, on the other hand, the truth is still being concealed. It has now been above four months since Tiffany died without any admission of culpability from CHI Memorial hospital (where she worked) or from Pfizer-BioNTech – who supplied the lethal injection.

I spoke with the people queuing but the response was denial that there was any problem. So much for the mass-indoctrination that has replaced God-given reasoning brains with sponges for propaganda. I can only guess that Orwell’s “Animal Farm” no longer makes it onto the school curriculum. Talking of schools – that is where the vaccine gravy train is heading next.

I spoke too with the practice manager, Fay(e) Knight, who told me I was frightening the patients. I told her “No. I am trying to save their lives.” We had a long discussion in which she conceded that there were adverse reactions but there were always adverse reactions with vaccinations. I informed her that the death figures for Europe were above 9,000 and for the UK above 1,000, and that these were the official figures. We parted, I think amicably. I question whether I was right to try and protect people, when in truth, it is their own choice. Yet is it an informed choice?

Yesterday too a leaflet arrived from the NHS. It was a catalogue of lies and half-truths in several languages mostly targeting ethnic groups – who seem to have more sense regarding the untested vaccines which killed Tiffany Dover and God’s little angel, Kamrynn Soleil Thomas.

Next it says: “Reduces your risk of needing hospital admission, getting seriously ill or dying from Covid-19”. No peer-reviewed studies show this to be true. In fact there has not been time for such a study since the vaccination programme started in December last year. It would also be difficult to understand against what criteria it reduces the risk. The SARS-COV-2 virus was well on the decline from the second wave in January when so many of our elderly died for unexplained reasons straight after vaccination. The only way that bullet point could be true is if the vaccine killed you – which it easily could.

The above applies similarly to the second bullet point. On what basis can it be claimed that one, or any, of the vaccines can “reduce the spread of the virus from person to person”? Where is the medical science to show this?

If it was not so serious an issue the third point would be ludicrous. “Can have mild side effects . . .” Indeed! What it should say is: “Can kill you, maim you for life, cause anaphylactic shock, palsy, and other serious health problems”.

The next is a downright and culpable lie. “It has been scientifically proven to be safe and effective”. First of all to which vaccine is the “It” referring? Where is the proof of this outlandish statement? This is a pure sales pitch for a dodgy product.

And so the bull goes on. All my working life I paid into a National Health Service which was once the envy of the world. Today, when it produces leaflets like this, it has as much credibility to my mind as the BBC which is also brainwashing the public. Wake up you sleepy heads.

I know readers of this blog are already awake! Please share it with those who are not. Thanks.

3 thoughts on “Tiffany Dover, Pfizer, and the death of a 16 year old girl from vaccination”