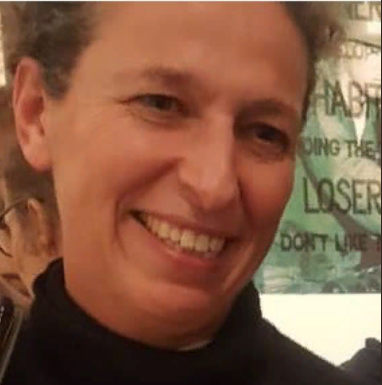 What makes a torturer is complicated. It is claimed that sadists, sociopaths and other psychotically disturbed people tend to relish torture. The sadist derives pleasure from the act, while psychopaths have no feelings of remorse at inflicting pain on others and may be stimulated by the process. Some authorities consider otherwise stable people capable of torture in certain circumstances, people who can subsequently go home and blend in with the rest of society as though they do not have another more disturbing side to their character.

The reasons for torture are difficult to isolate. Some torturers do it for ideological reasons. Some do it for money. Others for feelings of power. Torturing another person or persons can also be carried out because of an empathy deficit. Professor Simon Baron-Cohen makes what appear to be valid points regarding lack of empathy when he concludes that “there is a clear hormonal link to empathy. Another biological factor is genetics.” Testosterone is generally found in greater quantities in men than women and the greater the quantity the greater the lack of empathy, he postulates.

There can be no doubt that Vanessa Baraitser is a torturer. She may not see herself as such but in her heartless treatment of Julian Assange more than 200 doctors have put together a letter to The Lancet calling for action against his mistreatment in an attempt to bring an end to this wicked abuse and medical neglect. Judge Baraitser callously denied this sick and psychologically-damaged man access to his legal team. Even when the prosecutor in his extradition proceedings saw no reason for Mr. Assange not to sit in court she still flagrantly refused. That is the type of act driven by lashings of testosterone, if Professor Baron-Cohen’s analysis is correct. The letter from doctors calling for the end to the torture of Assange is the second letter they have written since the first fell on stony ground.

So what about genetics? Could Ms. Baraitser have inherited this adverse character trait from her parents? It has been noted widely that unlike other judges there is very little on the world wide web, or anywhere for that matter, about this judge. It is as though our secret services have wiped the slate clean. She is loathe to have photographs taken of herself and the cover photo of this piece looks like an old one, possibly from her law-school days. Despite lack of absolutely concrete evidence I am going to take a punt on who her father, mother and siblings are. If it can be shown to be false I shall gladly address the error.

Michael Baraitser moved with his wife and family to England in the early seventies. It is highly likely he would agree with Professor Baron-Cohen that genetics have an influence on future generations since his career was built largely on neuro-genetics. He confesses to having been short of the right qualifications when he entered the field, and had to rely on who he knew to get on in the world. Curiously a comment on Craig Murray’s blog suggests that Vanessa Baraitser’s record “has been erased from the General Register Office files, but the wayback machine has found her limited academic career rather inferior. . .”

It is not the purpose here to discuss specifically what genes she inherited but where she got the genes that turned her into the callous court specimen she has become. Could Vanessa’s love of torture have come from her father? Possibly. Vivisection and the torturing of animals disturbs most caring beings. Being aware of this one might say something like it “was really the most dreadful six months I have spent” to excuse time engaged in tying off the peripheral nerves of baboons. At least that is what Michael Baraitser said when assisting neurologist, Roger Gillat, at the start of his career.

Judging from a photograph taken for a book cover in 2002, Marion Baraitser, playwright and feminist writer, possesses a startling resemblance to how Vanessa Baraitser looks some twenty years later in a courtroom sketch by Elizabeth Cook. It would be surprising if they do not carry the same genes.

Is it nurture or nature? While it is more likely that Vanessa Baraitser got her surplus of testosterone from her father her feminism most likely started at the breast, or bottle, and this commodity seems to be a substantial deposit in the Baraitser gene-bank.

Two of Marion’s plays “The Story of an African Farm” and “The Crystal Den” concern the South African feminist, Olive Schreiner, the latter, according to pitching blurb, being critical of the extra-marital morals of Karl Marx. Did this message, or messages like it,  root itself in the young Vanessa’s brain? When she sees Julian Assange in her court does she seek to inflict on him all the suffering men have wrought on innocent women from the days of Adam and Eve?

Marion Baraitser taught creative writing at Birkbeck College where Professor Lisa Baraitser has been teaching for many years.

Here again the feminist gene reigns supreme. Lisa is the first magnitude star of the family. On 8 June 2017 at “Birkbeck’s Department of Psychosocial Studies in collaboration with the MaMSIE research network (Mapping Maternal Subjectivities, Identities and Ethics)” Professor Baraitser opened a convention on the “issue of motherhood in UK prisons.” She “spoke of the importance of addressing the experiences of women who parent and are in prisons as a pressing feminist issue. Setting the tone for the discussion to come, she cited the need to reflect on what incarcerating mothers does to women, to children, and to communities.” She makes no direct mention of what effect the imprisonment might have on men, although they could be loosely included in the”communities”. She makes no mention of the severe psychological effect prison and long-term incarceration might have on a vulnerable male journalist and editor like Julian Assange.

If it were not so serious it would be almost farcical that one sister is campaigning for the human rights of a certain sector of the imprisoned community while another sister is torturing a man, weakened by imprisonment, prolonging his imprisonment and apparently getting satisfaction from the process.

Dr Paula Baraister is a consultant and director in contraception and healthcare (particularly as an advocate of contraception through online services). It is not clear where she stands on feminist issues

This is very much an establishment family with all the right connections in all the right places. It is not difficult to check this out from funding sources.

One of the things Vanessa Baraitser did in her continued torture of Julian Assange was to release details of Julian’s girlfriend and family. This blog-post does no more than that. It begs questions as to whether Judge Baraitser is torturing Julian for ideological reasons, money, feelings of power, an empathy deficit or sexual gratification.

Should anybody have credible information which questions the accuracy of what is written here please let me know.