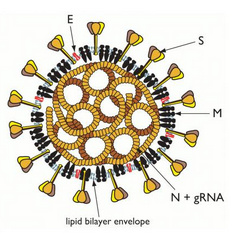 First a presentation of figures that is easy to understand and difficult to refute. In the three months from December 2020 to February 2021 in the UK there were more Covid-19 deaths than at the time when the so-called pandemic was at its peak from March 2020 to May 2020. And it was not just a handful more deaths – there were in excess of two-thirds more than the spring 2020 deaths from Covid-19. This story, which is alarming, never made it onto your TV news channels. It did not make your daily newspapers. Have you ever wondered why that is?

The period December 2020 to February 2021 coincides with the start of the vaccine roll-out. You would think such a coincidence could not be ignored – but mainstream media can ignore anything it chooses.

These death figures from the Office of National Statistics are not constant. The day before on 1 June 2021 they were apparently:

Anyway, in whatever way these figures are manipulated there is nothing can be done to conceal the fact that there have been many more Covid-19 deaths than when such deaths were splashed all over the news to cause lockdowns, mask-wearing and all the other nonsense from the control-freaks pulling the majority’s strings. A growing number of people, me among them, think that an attenuated vaccine, or a placebo, is now being used more frequently because of the alarming toll of deaths in the initial vaccination period.

So did vaccination actually cause the Covid-19 deaths?

A difficulty for ordinary individuals, who do not have the years of training that members of the medical profession go through, is understanding the terminology specific to that industry in a way that it can be discussed with someone equally ignorant, and still make some kind of sense. There is no word medicalese to join commercialese, sociologese, journalese and officialese. Perhaps there should be. In today’s climate there is even an argument for a more specific field of jargon: virologese.

When a lay person encounters a medical phrase like “some patients develop a severe proinflammatory state which can be associated with a unique coagulopathy and procoagulant endothelial phenotype” he, or she, either discounts it as being outside their knowledge-base or reaches for a dictionary. It is rare, but some doctors have a gift for being able to understand and explain such virologese for people like you and me.

Recently published is an article, COVID19 – the spike protein and blood clotting which goes some way to bridging the gulf separating doctor from patient. It is by Dr. Malcolm Kendrick, a general practitioner, who primarily blogged about heart-disease until the “deadly virus” arrived and changed how people think and behave. Since then most of his blog-posts have been concerned with countering the propaganda emanating from corporate media.

In brief, according to my understanding of the article, there is a slimy substance called glycocalyx which lines vessels in the bloodstream and helps prevent the invasion of bacteria and viruses – just one of the benefits of glycocalyx. Damage this, or “the underlying endothelial cells” and the chance of a blood clot developing is increased. The cause of such damage can “often be” an “immune system attack”. And indicative of such an attack is a reduced level of platelets in the bloodstream. Platelets (thrombocytes) help repair damaged blood vessels and a reduction in the count suggests widespread clotting.

Of all the body’s cells the SARS-Cov2 virus can only gain entry to those cells with an angiotensin II receptor (ACE2 receptor). Cells with this receptor predominate in the lungs, the lining of blood-vessels and the lining of the gut. To begin with a SARS-Cov2 attack generally starts in the lungs. But the biggest danger of death comes when the virus gets into the bloodstream, attacks endothelial cells and causes damage to the glycocalyx. This leads to clotting. To get Dr. Kendrick’s full explanation you need to go to his blog.

My understanding is that a SARS-Cov2 virus when it penetrates a cell, shedding its protein coat along the way, then uses that cell’s machinery to multiply (it is incapable of replicating on its own). Apparently all viruses behave that way. The newly-formed RNA and proteins then associate with each other at the surface of the cell and bud off from it as new virons (virus particles). These newly formed and released SARS-Cov2 virions are capable of infecting other cells. The infected cells may be severely weakened or killed in the process.

As may be seen the process of viral replication entails the sorting of viral proteins to the cell surface. This applies particularly to the spike-protein. Escaping virions leave a spike protein on the surface of the cell. It is well-accepted that the immune system recognises this spike protein as the enemy and rushes to snuff out the infection by attacking and destroying the virus-infected cells which display the spike protein.

Enter modern RNA and genetically modified vaccines. Unlike vaccines in the past the new vaccines do not use dilute or dead fragments of the virus to create antibodies. Instead – as I understand it – they instruct healthy cells to create the virus spike protein on their surfaces without any penetration of a virus into the cell. The immune system then creates B-cells which will in turn create antibodies against the spike protein. This is considered the main purpose of vaccination. However, in addition the immune system also creates T-cells which recognise the “vaccinated” cells and kill them off, just as if they were virus infected – even though these are in fact healthy.

Some hold a theory that when an actual coronavirus gets into the body of a vaccinated person the immune system will attack not just cells damaged by the virus, but healthy cells as well, leading to what is termed a “cytokine storm”.

Since the introduction of these vaccines there have been many instances of clotting – manifest as thrombosis, stroke or heart-attack – as well as of death and other severe illnesses. People should be asking what the agenda really is when the deaths from Covid-19 since vaccines were introduced far outnumber deaths at the peak of the so-called “pandemic”.

Not only are our media ignoring this, they are actively pushing for the vaccination of our 12 to 15 year-olds. The time to challenge government and media is now. Tomorrow, your children may be dead, sterile or irrevocably damaged.

At the end of Dr. Malcolm Kendrick’s article he asks readers to join the dots. That is what I have tried to do here. Hope you can too. You don’t need to be Einstein. It’s simple arithmetic.

(Edited thanks to suggestions from an expert on viruses and vaccines: Professor Michael Palmer)

2 thoughts on “Vaccines – joining the dots”