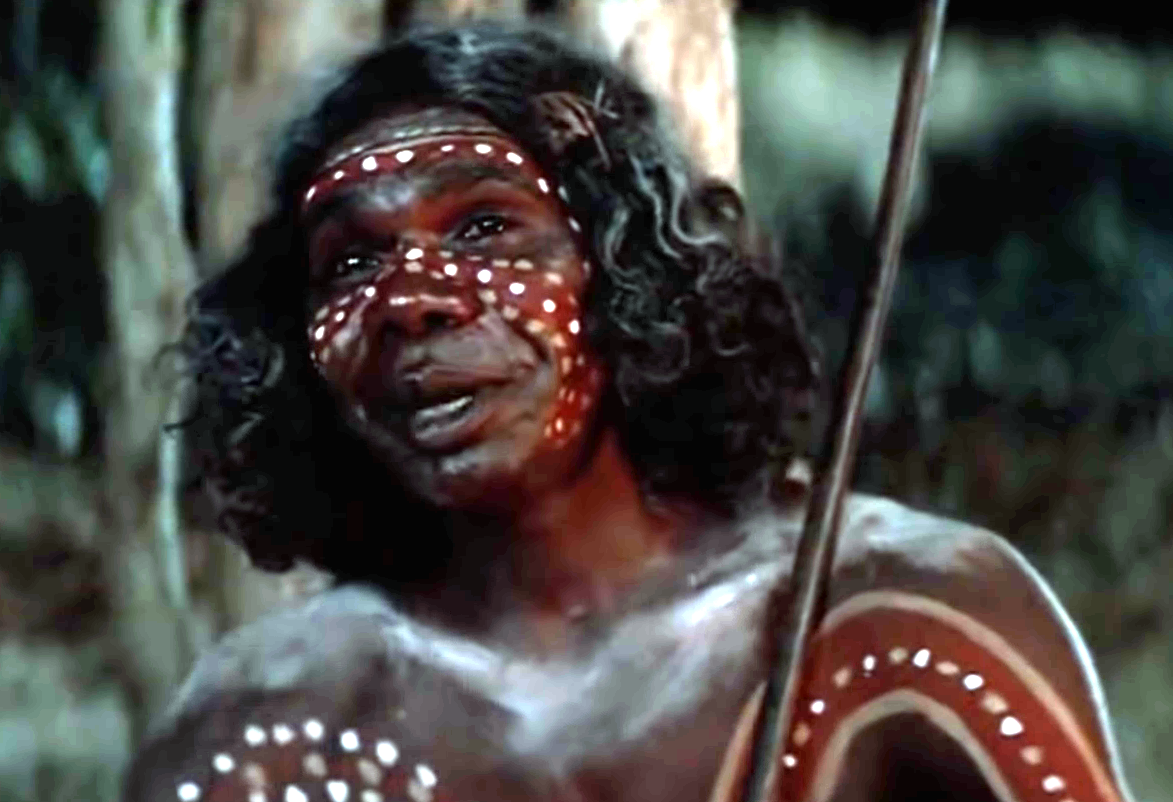 Sadly, David Gulpilil Ridjimiraril Dalaithngu, passed away today, (29 November 2021). He will be remembered for his role in Crocodile Dundee. His debut into the world of films took place after being discovered by Nicolas Roeg and engaged as a child hero in the film “Walkabout”. At the time he could speak no English and had had no schooling.

While many Australians mourn the death of actor, David Gulpilil, other aborigines are facing a daunting prospect of “vaccination” by stealth. In the Northern Territory, where Gulpilil was born, the army is allegedly forcing people from their homes into quarantine camps. What happens to them afterwards is anyone’s guess. People who are Covid-19 positive, after taking the suspect PCR test, are being transported forcibly from their homes.

First of all, where are they getting information on positive cases? The Northern Territory website has a link to Book a test and check your symptoms. More like book a holiday to one of our quarantine camps.

Secondly, once incarcerated do we know if “vaccination” is the only ticket to freedom?

The writing is on the wall. OffGuardian embedded a video from the Guardian itself showing Northern Territories Chief Minister, Michael Gunner, a man so steeped in bigotry it oozes from his every pore, as greed for his reward in getting the job done, wells in his avaricious eyes. When he starts to rant there is no leeway whatsoever. His politics are absolute, a word he uses in its adverbial form, constantly. In the clip in this article he uses “absolutely” four times in the first minute. He is an absolutist and you should know what that means in politics.

Even more cause for alarm, as of today, there has not been a single recorded death in the Northern Territory from Covid-19. There have only been 290 confirmed cases, 231 of whom have recovered, 52 are active local cases, 1 active interstate case and 5 active overseas cases – so perhaps one has died, or the department needs someone with basic arithmetic – because the combined numbers only total 289. There is no need to vaccinate anyone.

Not a single death, take note, yet this determined absolutist, who also loves the word mandate, is hell-bent on vaccinating the whole Northern Territory. He spits out the word “anti-vaxxer” with the ferocity and venom of a coastal taipan.

Gunner, this antipodean personification of hatred, stresses: “we are absolutely going to make sure as many territories as possible are vaccinated, that is our best protection against this thing, and if you look at the “dotybubbens” that’s going to come out since, they said that if you double-dose 80 in remote communities, 5 and up, I think you’ll see our vaccine mandate is absolutely crucial to protecting life, particularly aboriginal life. . .”

Whatever he is babbling on about it makes little sense. As to the “dotybubbens” some research shows it may have something to do with a Doherty institute model, at least, according to this ABC news report. Even ABC does not try to interpret what the exact terminology was in this Bidenesque expletive of gobbledygook.

What does he mean by “if you double-dose 80 in remote communities”? 80 people, 80 percent, 80 towns? And what does he mean by 5 and up? That is the scariest of all. What else can it be than those aged 5 and upwards? The poor little innocent children, who do not suffer from Covid-19, in an area of Australia that has not had a single adult death are being exposed to Gunner’s mandated jab against a virus that has proved harmless – and long past its sell-by date.

With 82.1% of South Australia adults “vaccinated” it is highly likely that David Gulpilil was among them because that is where he spent his last days. Dr. Ryan Cole has noted a 20 times increase in cancer since the jab roll-out. We do not know enough about short-term damage from the jabs, let alone the long-term damage. Australia is months behind in reporting adverse reactions and deaths from the toxic shot. There is nothing on the Northern Territory website.

Northern Territory is one of the most sparsely populated territories in Australia. All the Goss has already noted how certain countries – always sparsely populated, at least for the time being – are treated in the harshest manners possible, for the global elite to work out a means of subjugating the rest of us.

This man, Michael Gunner, is a threat to the planet – and life upon it. He should be in prison.

David Gulpilil – for you, and your people, the eternal dreaming begins anew.

11 thoughts on “A foreboding aboriginal death”