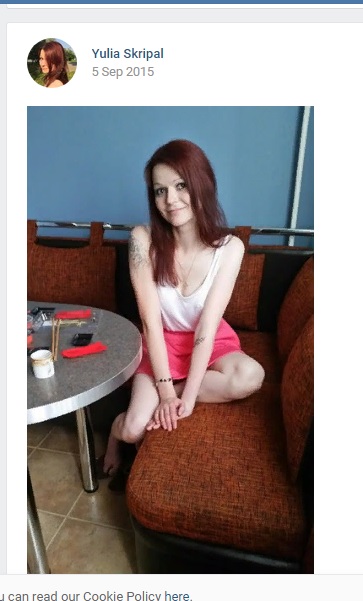 In J. B. Priestley’s play An Inspector Calls Inspector Goole seems to know a lot about the characters he has called upon. All are under suspicion of having contributed to the death of Eva Smith, a former factory worker. As the play progresses it becomes apparent that Inspector Goole may not be a real police inspector at all. With an unexpected twist at the end it turns out that Eva (Daisy) may not have been dead when the bogus inspector called.

There are some similarities in the Skripal case. The Skripals have been variously reported dead, alive but comatose,  very ill, at death’s door, recovering rapidly, will never fully recover, and then suddenly Yulia is discharged from hospital. She is now reportedly being kept in a safe house for her own protection. The only messages we get which are allegedly from her are through Scotland Yard or senior Special Branch officers. They reek of being their words and not hers. Here is the latest. They are much at odds with the only known conversation she had over the telephone with her cousin Viktoria. That shows a sharp woman quick to grasp and answer questions intelligently though clearly not entirely free to do so.

She could be being held against her will. She may even have been told if she does not comply with the demands of those who have her in custody her father may not recover. Unless we hear from her we may never know and her life will be in danger. For “safe house” read “prison”. The big question here is:

If, as she has ably demonstrated she can converse on her own behalf, why is she not allowed to speak for herself?

To add to the plot the OPCW has reported and confirmed the findings of Porton Down that this was a “toxic chemical – allegedly a nerve agent”. What is not clear is where the blood samples came from.

A summary of the report (which is classified) is given here.

To my mind it raises more questions because it appears, if I understand it correctly, that the OPCW doctors did not take blood samples from the Skripals themselves. It would seem that they relied on samples provided by us. In the summary they use the verb “collect” rather than “take”. Take would make it absolutely clear.

The repeated term “under full chain of custody” probably means that the UK supplied the blood samples and after that the OPCW ensured that they were not tampered with. This raises the question whether they were tampered with before they entered the custody of the OPCW. I believe they really should have taken independent blood samples.  Because of the ambiguity with the word collect I have written to the OPCW for clarification. My main suspicion, for some weeks, has pointed to CIA/MI6 involvement in a false-flag affair.

Finally the Skripals’ welfare is of the utmost concern. We need to hear from them, not a statement of what they allegedly said from Scotland Yard. The plot to this saga has no clear structure with so many loose ends it is more like a TV soap than a serious event and unless we hear from the Skripals themselves our country is in the dock. J. B. Priestley plotted his play An Inspector Calls well but this is degenerating into a total farce.

The image associated with this article is of Julia Skripal two and a half years ago and comes from her VK account.

3 thoughts on ““An Inspector Calls” – the OPCW”